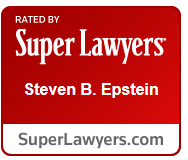 A founding partner at Barket Epstein, Bruce Barket specializes in criminal defense matters representing individuals charged with serious crimes in both Federal and State courts.  Over the past 20 years, Mr. Barket has secured acquittals in a long list of cases including securities and mail fraud, murder and racketeering in courts throughout the region.  His tireless preparation and impressive courtroom skills have led to spectacular results for clients accused of serious crimes, as well as clients who, while represented by other attorneys, were wrongly convicted and imprisoned for crimes that they did not commit.

A founding partner and head of the firm’s DWI/Vehicular Crimes group, Steven Epstein has more than 20 years of experience in the field of criminal defense.  He is a member of the distinguished National College for DUI Defense, having earned that distinction through his enhanced expertise and skill in defending cases involving drinking and driving.

Ms. Leisenring graduated with honors from the Benjamin Cardozo School of Law in 2006, where she was recognized for excellence in service to the law school for her clinical work in criminal defense.  She began her legal career representing indigent defendants as a staff attorney with the New York City Legal Aid Society in Brooklyn, NY.

Super Lawyers, a Thomson Reuters business, is a rating service of outstanding lawyers from more than 70 practice areas who have attained a high degree of peer recognition and professional achievement. The annual selections are made using a patented multiphase process that includes a statewide survey of lawyers, an independent research evaluation of candidates and peer reviews by practice area. The result is a credible, comprehensive and diverse listing of exceptional attorneys.